The killer feature I was missing in Visual Studio Code was a integrated terminal.

More and more I use the command line for all kinds of tasks, but I don’t want to leave my editor, so I’m very glad that the visual studio code team decided to create a integrated terminal, currently it can only by found in the insiders builds, but a stable release containing the integrated terminal is on it’ s way.

Event the shortcut is convenient

So to install all the npm packages in your project just hit CTRL + ` and enter npm install: 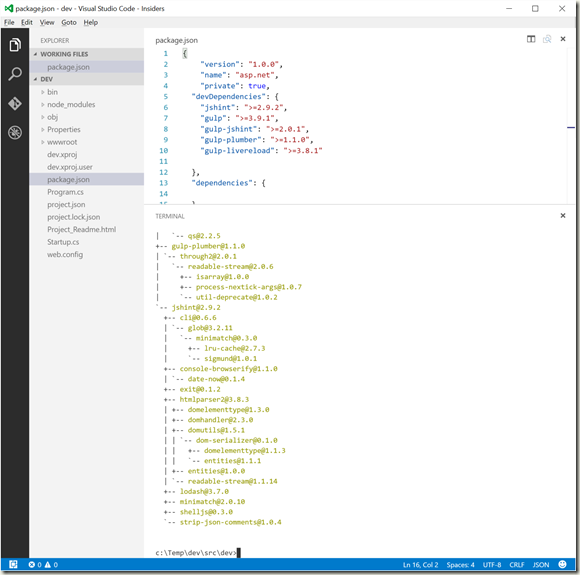